The Government Shouldn't Be Subsidizing Rich Law Firms With Taxpayers Money!We Finally Have a Member of Congress Who Is Willing to Fight Judicial Corruption: Rep. Katie Porter!The Supreme Court Has Declared War Against the Peoples' Rights: A Revolution Is Now Necessary

The U.S. Legal System and All Things Related Blog

Will you be prepared, not if, but when the legal system strikes? Rated higher than almost all 250,000+ books in 10 categories on Amazon.com

"The most important book written this century for Americans!"

Affiliations below include only the highest-rated products and services so that you are presented with the very best. 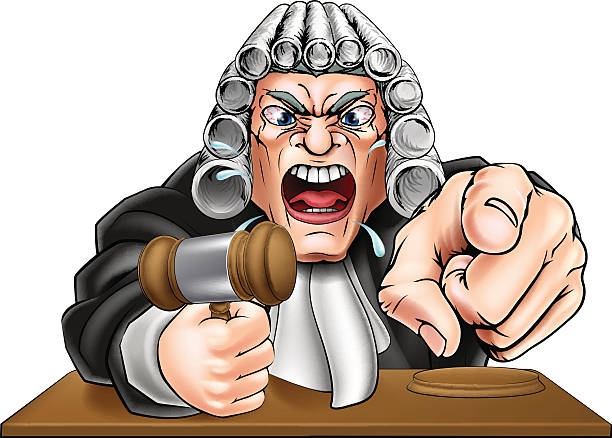 Because judges in the federal judiciary and justices on the Supreme Court have generally not been operating with a high degree of trust, the confidence level of the people in our federal judiciary and Supreme Court is at all all-time nadir.  The recent controversy surrounding the leaking of the Alito draft opinion as to the upcoming anticipated overruling of the Roe v. Wade decision regarding women’s abortion rights has brought the country to a tipping point.  It is therefore time for Congress to revisit and make some changes to some laws pertaining to federal judges and Supreme Court justices.

The controversy surrounding the leaking of the Alito draft opinion taught us that the purpose of lifetime federal judicial appointments which was to ensure an independent judiciary to prevent judges from swaying to political partisan pressures is not working as it was envisioned at the time it was enacted.  That concept went out the window with the recent information gleaned from the leaked Alito draft opinion revealing that Justices Samuel Alito, Amy Coney Barrett, Brett Kavanaugh, Neil Gorsuch and Clarence Thomas now want to overturn Roe v. Wade each of whom —to put it mildly— were less than truthful at their confirmation hearings when they testified under oath that it was their belief that Roe v. Wade was settled law and precedent that should not be overturned.  The country has reason to be in an uproar.  Previous to the leaked draft opinion Justice Sonia Sotomayor in an oral argument on December 1, 2021, on the issue of the 2018 Mississippi abortion law, asked “Will this institution survive the stench that this creates in the public perception that the Constitution and its reading are just political acts? I don’t see how it is possible.”  These recent events are very telling and are cause for alarm.  There are things that Congress can do, and should do, to cure these problems.

There is no question that the federal judiciary and Supreme Court are politicized and abusing the principles that gave rise to the concept of lifetime appointments to the federal judiciary and Supreme Court.  And indeed, Justice Sotomayor’s question by way of the leaked Alito draft opinion has been answered when she asked “Will this institution survive the stench that this creates in the public perception that the Constitution and its reading are just political acts?” as the draft memo provides a conclusive answer to Justice Sotomayor’s question, and the answer is a resounding no —the Supreme Court as an institution will not survive the stench it has created.  Even well before the leak of the Alito draft opinion happened, one of our country’s most highly respected federal judges of all time, Richard A. Posner, publicly acknowledged just how political the Supreme Court is when he said “Well, I don’t like the Supreme Court. I don’t think it’s a real court. …It’s a quasi-political body…It’s very political.”  https://www.thedailybeast.com/how-i-write-richard-posner.  Judge Posner also said that America has a “very bad” judicial system, and even further stated “We have a very crappy judicial system…that contaminates much of government.  https://www.promarket.org/2017/03/28/richard-posner-real-corruption-ownership-congress-rich/.

According to an article by The Millennium Report, America is like a banana republic, in that its legal system has become a “sink-well of secret proceedings” in how it is sullied with documented corruption, fake trials and court fraud.  http://themillenniumreport.com/2019/04/u-s-criminal-injustice-system-crooked-judges-corrupt-lawyers-and-criminal-corporation/.  The article points out that secrecy, gag orders, and the court files you will never see is a judiciary that is an increasingly closed society, with much of its legal activity carried on in secret and hidden. As a country we should be very concerned with what is taking place with the people that are wearing the black robes who are basically card carrying members of a very dark secret society.

It should not be surprising that a great portion of the country has a dim view of the Supreme Court and federal judiciary as a recent Gallup Poll showed only a 40 percent approval by the public of the court’s performance, which is down 20 points from two decades ago and a new low for that survey.  https://news.gallup.com/poll/354908/approval-supreme-court-down-new-low.aspx, https://news.yahoo.com/poll-confidence-in-supreme-court-has-collapsed-since-conservatives-took-control-122402500.html.  It stands to reason that since members of Congress are very conscious of public polls, and in large part, react to them in the way they make their political decision, that Congress should take heed to this polling showing that the public is not happy with what is going on with the federal judiciary and the Supreme Court, and that there are necessary changes that need to be made by Congress in terms of requiring the judges and justices to insulate themselves from the political winds when making decisions or face the consequence of elimination of that very generous perk of a full pension set at the salary of the judge at the time of retirement.  Fleecing the taxpayers by requiring the taxpayers of our country to pay for such an outlandish pension plan for federal judges is a major abuse of the taxpayers' money and Congress should put a stop to it.

If you want to comment as a guest without signing in with social media and without signing up with Disqus:
1 – Enter your comment
2 – Click in the Name box and enter your name
3 – Click in the Email box and enter your email address
4 – Select "I'd rather post as guest" and then click the arrow
Your email address will not be posted unless entered in the comment body. All comments are moderated before posting.